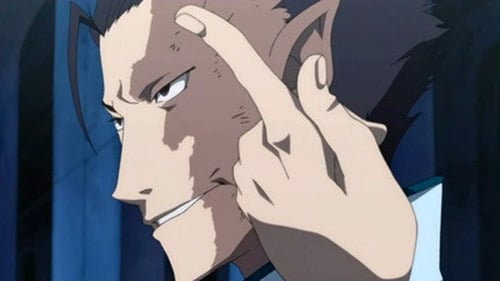 Hei's team, on the orders of Eric Nishijima, has been kicked out of the syndicate and contracts taken on all their lives. Misaki discovers that the "syndicate" is really a collaboration between intelligence agencies of multiple countries and that she herself has been an unknowing member. Hei, Yin, and Mao infilitrate Hell's Gate while Huang detonates a suicide bomb for distraction. Mao is disconnected from the Syndicate's network and his feral cat behavior takes over and runs away. The EPR's contractors attack the gate, leaving the focus open for Hei and Yin. The syndicate takes out the EPR's doll system, leaving Hei with only Yin for guidance as they head towards the conclusion of the story.