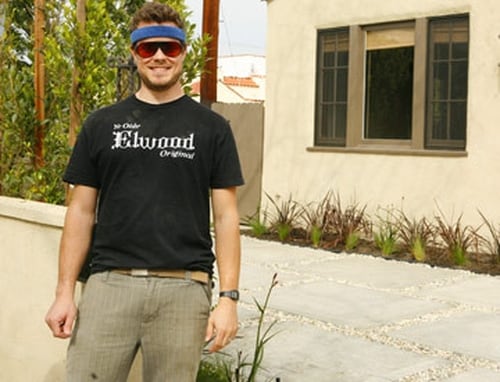 Valley Oak One, still on the market, has not sold, and Jeff is running out of money. In order to get some cash, he tries to convince Ryan to sell his house to make ends meet. Ryan refuses, until Jeff proposes a bet: whoever sells their house first can move into Nottingham, the multi-million dollar estate that’s undergoing renovation. Meanwhile, because Valley Oak One isn’t selling, Jeff loses faith in his current psychic, and hires a new one to bless Las Palmas, another finished home. At Valley Oak 2, there was a miscommunication, and the landscapers incorrectly cut down a big tree in the yard, sending both Jeff and Ryan into a fit. But not long after, Ryan sells his house and makes plans to move into Nottingham, making Jeff jealous.