The Upperclassman Who's a Bit Scary 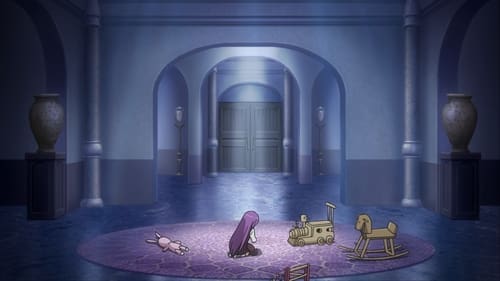 Picking up where the previous episode leaves off, we see a touching scene with Fujiko as a child and her brother. The next scene shows Fujiko doubled over her brother coffin as we're told that he died after failing a mission. Because of her brother's apparently shameful death, it is Fujiko's duty to assume the role of head of the Etou family. After the opening credits we're back with Fujiko who's obviously plotting something evil with a classmate. She is also chatting with the reanimated head of her dead brother. He seems to have grave reservations about Fujiko's plans to dominate Sai Akuto. Miwa continues to worship Akuto, this time in the boy's bath house as they enjoy a late night soak. Miwa informs Akuto about the schools underground which, news which seems to interest Akuto. Miwa also mentions that Junko gained her popularity at the school by fighting this underground. Fujiko arranges a meeting between Akuto and Junko the following afternoon as promised in the school underground. Akuto meets with the student council with regard to his application for being the disciplinary comittee representative. Akuto has to deal with Korone in order to meet with Junko, he decides the only way to ensure she's out of the way is by pulling her tail again, which leads to more of the usual ecchi misunderstandings with Keena interrupting to dump her rice cooker on Akuto since she was banned from keeping it in her room, as a gesture and proof of their friendship. The meeting with Junko turns out to be an ambush by members of the underground. Akuto beats his aggressors as soundly as he did Junko but more violently only to reveal her there when the dust settles. This violence of the beatings and Akuto's emotionless attitude are enough to confirm for Junko that Akuto's intentions all along have been evil. She publicly calls Akuto out for punitive justice and together with a large crowd of students chase Akuto around the school. Kei intervenes at the last moment before Junko can complete her punitive justice (probably cutting off Akuto's head as promised on the train). Junko admits that the situation got out of hand and that she was in part responsible for the misunderstanding that prompted the mob to come after Akuto, only to have the mob call her out for turning back to Akuto's side so easily. Korone saves the situation by showering the agree mob of students in medicated rice.