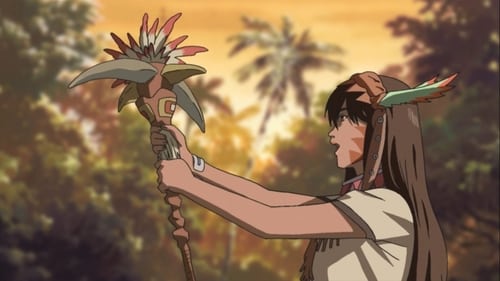 Shin discovers that Sara and Mao have strange abilities connected to the island. Tension between Sara and Aries intensifies when Sara's mentor was the same professor that drew blood from her at a younger age. Meanwhile, Mao brings Shin into the ocean to show him the island's "secret treasure" - a large fragment of the ancient relic known as "AFOS." There, Shin learns more about adapting to different environments by observing a school of flying fish and a flock of birds that also swim. But Mayan and the ocean surrounding it once again become a war zone when anti-U.N. forces attack the Asuka II fleet and the island in hopes of taking away the heavily-guarded AFOS. Shin and Edgar - aboard their VF-0D - must protect the AFOS fragment discovered by Mao from the invading forces.