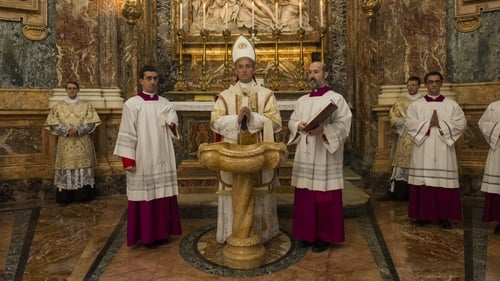 Cardinal Voiello urges the young Pope Pius XIII to finally deal with the abuse scandal surrounding American Cardinal Kurtwell. The Pope shocks Voiello by requesting to remove all homosexuals from the Catholic Church without regard to the person. Voiello then tries to force Esther, the wife of a Swiss guardsman, to seduce the pope.