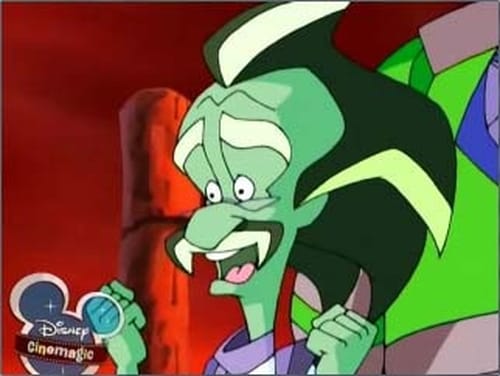 While Team Lightyear is conducting mock-combat training with Team Rocket (...headed by Rocket Crocket...), Crocket goads Mira into getting herself tagged. King Nova presents Mira with an invention of his, the Starthought; a small spacecraft guided by one's thoughts. Mira has doubts about it until she realizes that it'd really bother Crocket to see her zipping around in such a spiffy ship. While testing the Starthought, Mira runs into some tourists, who are actually Warp Darkmatter, along with one of Zurg's Brain Pods & a Grub, on a reconnaissance mission to scope out any new Star Command developments. Zurg sets up a fake raid on a Gulgarian mining outpost, in order to lure Mira, and the Starthought, into his clutches. After successfully losing the Starthought to Zurg (...success for Zurg, dismal failure for Mira...), Mira goes to Cosmo's Diner to sulk, but Team Lightyear & King Nova show up and convince Mira to go out and re-nab the Starthought back from Zurg. They sneak into Zurg