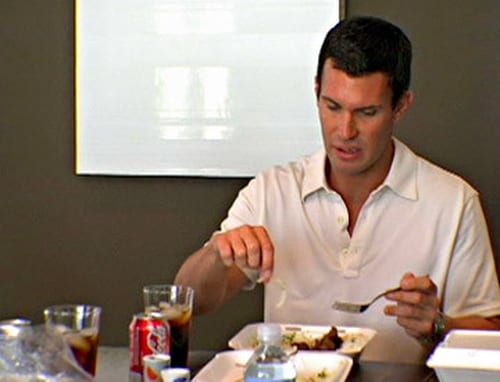 As Ryan scrambles to get Nottingham finished before his moving day, news gets back to Jeff that a deal has been made, and Valley Oak One has officially been sold. Meanwhile, an offer has been made on Las Palmas, but the potential buyer's inspector has made a long list of items Jeff needs to address. He stands his ground, disaster is averted, both houses sell, and Ryan and Jeff make their way to Palm Springs to talk with realtors there, and test the market. While Jeff wants to buy property, Ryan doesn't think Palm Springs is stable enough to invest in. When they return, Jeff discovers that Chris has used his computer without permission. Jeff quickly demotes Chris, and continues to give Stephen a hard time about his lunch order. As Ryan prepares to move to Nottingham, Jeff begins to pack for his move to Ben Lomond.