The Pure Yet Impure Grappler 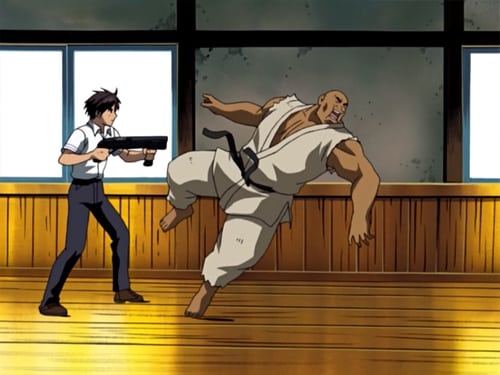 Sousuke and Kaname ask the school's karate club to vacate their dojo, which is slated for demolition. However, the club refuses to leave, challenging Sousuke to a duel where they'll leave if they lose. Sousuke defeats the club's members with relative ease until he faces the club's captain. As a test of superiority, Sousuke and the karate club's captain compete to care for the injured school janitor; however, their overzealous efforts do more harm than good. The janitor tries to be patient, but finally goes berserk when they accidentally serve his prized koi pet to him for dinner.