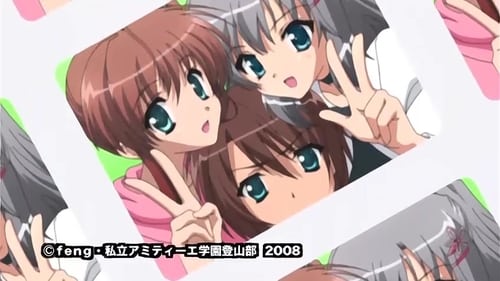 Jun'ichi asks Minato to see a monster movie with him, which causes Yuuhi to become angry that Jun'ichi never thought to include her. Just before the trio are about to leave, Minato fakes a phone call and makes up a lie about a previous commitment she forgot about and cannot cancel, forcing Jun'ichi and Yuuhi to go on a date. While the two are out Minato decides to go shopping. After the movie, Yuuhi accidentally walks into a man, spilling her food onto him. Jun'ichi quickly comes to Yuuhi's rescue again and saves her from the man and his friend. Jun'ichi and Yuuhi continue with their date, but are caught by Mitsuki in the park, and are forced to make a quick exit to avoid Mitsuki's questioning. On their way home, Yuuhi's hat is blown onto a rock by the side of the river. Jun'ichi goes to retrieve her hat but accidentally falls in, sending Yuuhi into a panic. Yuuhi rushes them home in a cab and frantically searches the house for medicine and blankets. Minato comes home soon afterwards and cures Jun'ichi with some instant ramen. The next day, everyone at school is talking about Jun'ichi and Yuuhi's date thanks to Mitsuki and Nagomi (who was also at the movie).