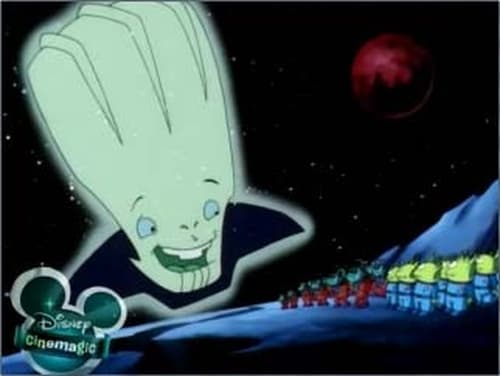 The Galactic Alliance President is about to sign a ""historic peace initiative"" in the Senate chamber, when Commander Nebula narrowly saves her from a sniper's blast. Thousands of witnesses see Buzz fleeing the scene. The next morning, Buzz gets his morning paper and is about to do the crossword, when a SWAT team breaks in. (Buzz is completely cool, even giving them tips on their technique. Then they grab him.) We learn that the Gargantian Militants have constructed new robot-vehicles similar to the Flash Fleming android they used in earlier episode Inside Job. Now, however, they have ones duplicating Buzz and others. First, the Gargantians pose as a doctor to give Buzz a negative psych evaluation. Then, they pose as the judge as Buzz's trial to insure he is convicted and sentenced to life in prison. Finally, they take a space aboard the prison transport as a convict and try to get Buzz. This last effort causes a crash and Buzz escapes.