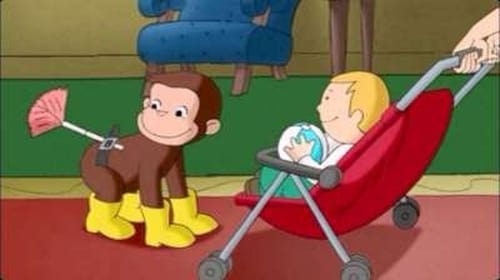 George has been getting a little tired of The Man With the Yellow Hat telling him what to do. So, he decides that he will live his life like Compass the Pigeon, but George soon finds out that the differences between monkeys and pigeons are too great for them to act like one another. So, George decides to act like a creature more like him. Acting like Gnocchi, the cat doesn't work for him because he can't lick himself clean with getting a furry mouth. Then George finally decides, he would like to be just like Hundley because it looks easy being a lobby dog. But after he, Hundley and the Doorman wind up trapped in the elevator, George discovers that when it comes to being a monkey, things come to him naturally.