The Wedding That Almost Wasn't 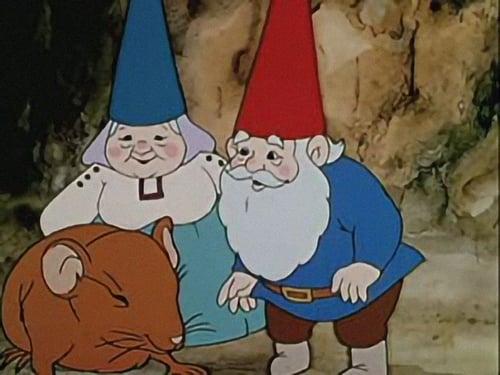 It is wintertime in the forest, and David and Lisa are going to a friend's wedding. David explains that trolls love to ruin weddings, so the gnomes had already set up some clever traps. David performs the wedding for the new couple, and all the guests go to their new house. The trolls also come to the house and start a fire outside so the gnomes would be suffocated by smoke. Once all of the gnomes were out, David found Pat the troll in one of the gnome traps. Pat tells the gnomes that the other trolls have gone to the mountains, so the gnomes follow him there. Next the gnomes and animals barrage the trolls with snow and put them to sleep.