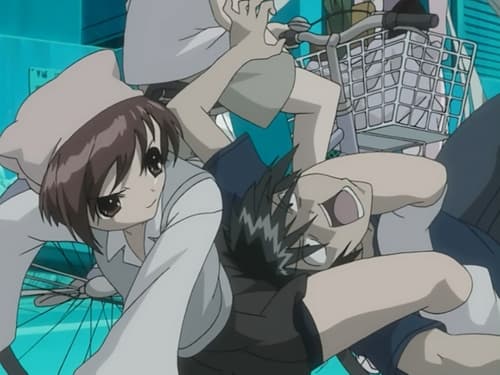 Takeya, Natsuki, Neneko and Ren spend time walking around an amusement park, then return home. When Natsuki misunderstands Ren and Takeya's cohabitation, she becomes aggressively jealous toward Ren and tries to drive her off. Both girls eventually makeup, but not before Harumi arrives to ferociously pickup her daughter. At an airport, relations patched, Neneko, Takeya and Ren bid goodbye to Harumi and Natsuki as they depart to catch a flight. Miu summons Khi and tells him she has plans to drop out of school.