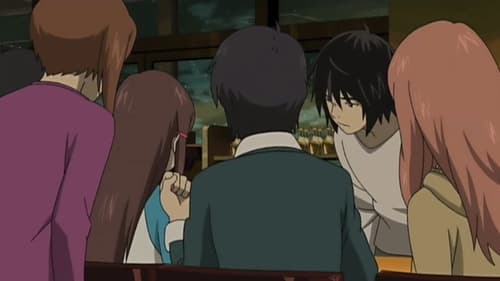 The Eden of the East members begin to receive pictures from Ohsugi. Takizawa uses his phone to find him. Juiz is able to locate him in the Hotel Insomnia where he was taken after being kidnapped by the "Johnny Hunter". The hunter is Kuroha Diana Shiratori, Selecao #11. Juiz helps the two counter each other's attempts to stop one another from reaching the hotel, but they both meet in the hotel room. Kuroha explains that she cuts off men's "Johnnies" and murders them as an act of revenge. Takizawa confronts Kuroha and offers to show her the love that she had not received from any man. However, he passes out from wounds he gained trying to reach the hotel. Saki follows Takizawa to the hotel to find Kuroha tending to his wounds. Kuroha reveals that her prisoner is not Ohsugi, but is in fact a wanted rapist, and muses how she could have possibly mistaken one for the other. Then using an elaborate illusion, she escapes.