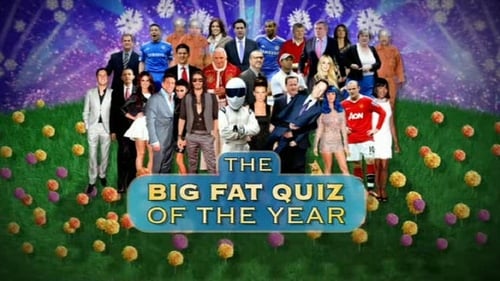 Jimmy Carr puts a panel of celebrities including Jonathan Ross, Ruth Jones, Alan Carr, Noel Fielding, Michael McIntyre and Richard Ayoade to the test as they battle it out to see who remembers most about the events of 2010. Can you remember the name of instrument that was the scourge of the South African World Cup? Which unsuspecting character did Gordon Brown brand as 'ignorant' during the general election? What did 50-year-old spinster Mary Bale throw away to become Britain's most hated woman? If you know the answer to all, some, or even none, of the above then join Jimmy as he challenges a host of famous faces to win the coveted Big Fat Quiz crown.