The Destruction Of The Dark Order!? 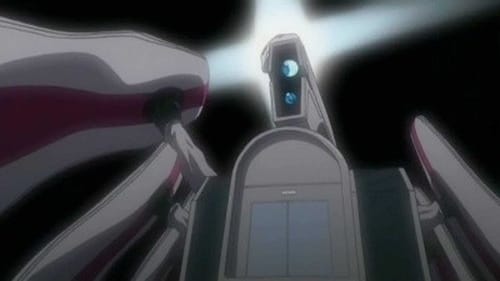 Komui's latest invention, Komurin II, is designed to make exorcists stronger. However, Komurin II goes out of control and starts hunting the exorcists within the Black Order. Its all the scientists can do as they try to stop the robot from capturing Allen, and despite his experience with Komurin I, Kanda refuses to help. Meanwhile outside of the Black Order, the Millennium Earl holds a dinner with several strange humans with golden eyes and crucifixes on their foreheads, one of which is a young girl with spiky dark hair.