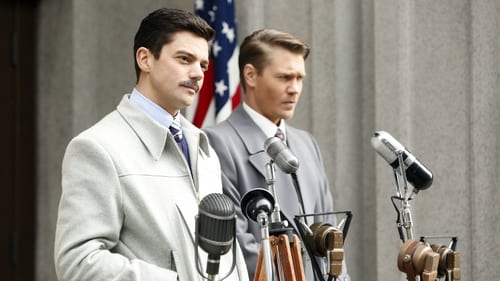 The SSR discovers the gas cylinder in the cinema and realize that Ivchenko possibly plans to turn all of New York on itself. Stark returns and explains that he had developed the gas, named Midnight Oil, to give American soldiers extra stamina during war, but it caused psychosis and lead to them killing each other. During World War II, the American military stole Midnight Oil and used it on the Soviets at Finow. Stark believes that Ivchenko – real name Johann Fennhoff – blames Stark for the ensuing massacre, and allows the SSR to use him as bait to draw Leviathan out. This plan goes awry when Underwood distracts the agents while Fennhoff kidnaps Stark, and uses hypnosis to convince him to drop the gas on Times Square. At Stark's secret plane hangar, Sousa apprehends Fennhoff while Carter defeats Underwood (who escapes) and convinces Stark not to drop the gas on the city.