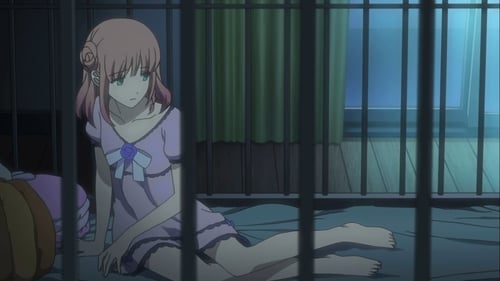 After the incident where the Heroine encountered Ikki's fan, she was isolated in Toma's house for few days. Every time she woke up, she received coffee from him until Orion showed up and explained that he put sleeping pills in her coffee. As they tried to escape, they found her phone, which contained many odd texts, but before they can leave, Shin shows up. She went back to bed and pretended to be asleep. However, it is revealed by Shin while arguing with Toma that he was not her boyfriend. After Shin leaves, Toma revealed his true motive to keep her here. He kisses her forcefully, making her swallow the drug and knock out. The next morning, she wakes up in a cage that he put her in if she tries escape from him. At night, Toma decides to let her out, and he explains that the reason he was doing it was to protect her from Ikki's fans. He puts her back in the cage after his professor calls him and tells him his data is incorrect in his report.