The Opening Bell that Touched the Heart 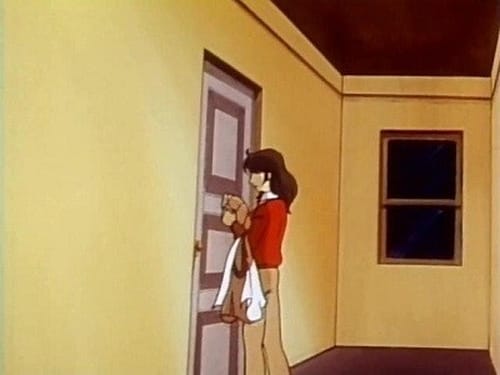 Terry escorts Candy to her hotel room before he sets out for his final rehearsal. Terry wishes to be the most happy he can pretend to be and perform at his best for his Romeo part for Candy's sake who has traveled such a long way from Chicago. Before going home, he wishes her good night unnoticed from under Candy's window. But when he comes home, Terry finds a note from Susanna's mother who reproofs him for not visiting Susanna that day. He goes to the hospital, where her mother tells him that Susanna has started to smile again because of his daily visits. Susanna inquires after Candy, but soon tearful expresses her belief how happy they both must be and how lucky Candy is. The next day, Candy sets out for the theatre with flowers for Terry and encounters the Leagans at the entrance. In disbelief, Neil tears her ticket in pieces and Candy is denied admission.