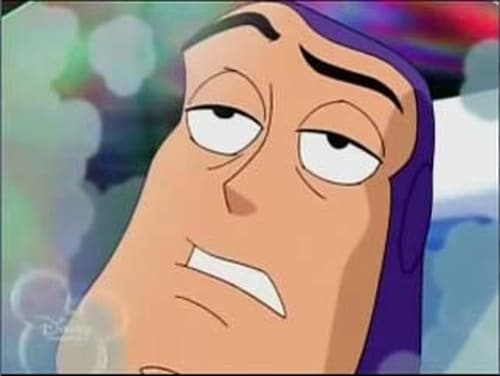 The episode opens with Zurg's dreadnought chasing Cruiser 42. Buzz takes the shuttle to lure Zurg into a black hole where he plans to attempt a ""slingshot manuever"" and avoid being pulled in with Zurg. However, he is unable to manage it and enters ""cryosleep"" to await his fate, presumably to be transported through time (and not torn to subatomic shreds). It remains unexplained why Buzz would want to send Zurg to a different time. He awakens later to find himself 1000 years in the future! He has been brought to a musuem erected in his honor. His historic action got rid of Zurg, after which ALL evil disappeared from the galaxy. Eventually, there was no need for Star Command, and it was disbanded. Since he has no job and the museum's facts are a bit off, he accepts a job as the museum's tour guide. He spends his time relating tales of adventure to the kids who visit the museum and correcting the animatronic Buzz installed there (e.g. it says ""To Infinity, and Even Further!""). The k