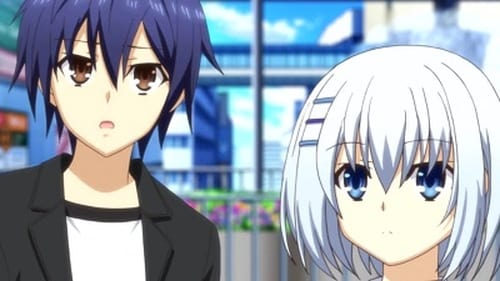 Shido wakes up by the troubles of both Tohka and Yoshino and somehow resolves it, meanwhile Origami got suspended for two months by the AST. While eating their breakfast, Shido receives a text from Origami and they discuss about the event that happened a month ago, While cleaning the room of Shido, Tohka notice a suitcase (for their school-trip) that is a resemblance of a drama sequel on the television. Tohka got worried and rushes to find Shido with Origami. While Shido tries to make it up with Tohka by getting her some kinako bread on the way home he notices that the lock of his suitcase was broken, so he went out to meet up with Origami again. While Tohka imagines another scheme of the show she rushes again to find Shido. And this time he caught Shido and Origami together and imagines that Shido is abandoning her for Origami. Tohka gets jealous gaining some of her powers and runs off while carrying Shido's suitcase. Elsewhere, Tohka's unsealed power starts to create a spacequake. Shido rushes to find Tohka and finds her in their special place and Tohka (misunderstanding everything) tries to prevent Shido from leaving but he explains that all is a misunderstanding, while Tohka cannot control her powers and hit Shido with shockwaves but Shido manages to seals Tohka's power again. While Isaac and Ellen are scheming a plan for Tohka, meanwhile Kurumi plots to kill the first spirit.