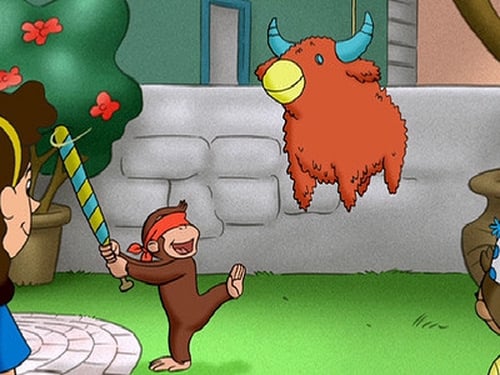 George is at Betsy's birthday party and sees that they have something he has never seen before, a piñata! After George is told how to play, he goes on a free-swinging spree and winds up breaking everything in the backyard BUT the piñata! Aunt Margret tells George to stay outside and play with Charkie and asks him to put his blindfold on and follow her around the backyard with his other senses. Charkie soon escapes the backyard and a blind George begins to follow her around the city in a way other than seeing her.