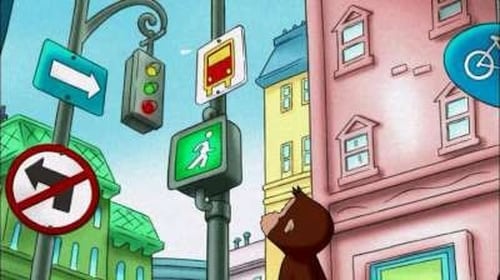 George and The Man run into Steve at the local movie theater taking down signs for the old movies, which the manager lets him have. Steve tells George that he collects all of the posters which makes George want a collection of his own of sorts. When he sees a guy taking down a sign, he decides to collect various signs from around the city. So he goes around the city taking every sign from the park, zoo, and science museum. When he goes back out to look for more, he notices the park in chaos. Realizing that it is because the signs are gone, he decides to put them back. George puts back all of the signs but does not put them in their original places causing more chaos. The Man then tells George that each sign has a meaning and they are not just for decoration.