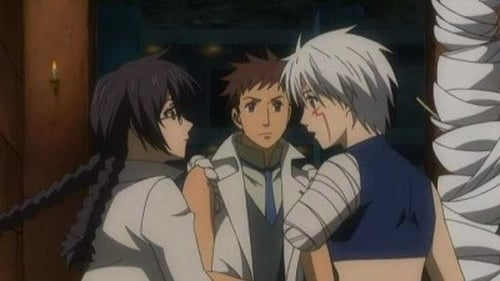 The 5 exorcists and a few surviving sailors finally arrived at Japan, but Miranda was too exhausted and Lenalee unable to walk. Chomesuke( Her body is named Sachiko which Lavi occationally calls her that.), a Lv 2 Cross-modified Akuma, told them about the 300 years of Japan's history under the control of the Earl. While heading to Edo, they run into three of the Lv 3 Akumas, who hunted down a Lv 2 Akuma and hungrily and cruelly ate it. Chomesuke was caught by one of the Akuma who proves to be more than a match for both Lavi and Krori. However, Lavi attracts the attention of the other two Lv 3's, and the three begin fighting amongst each other. They take advantage of this to escape.