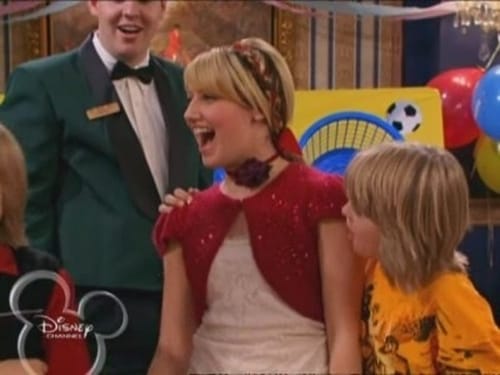 Raven Baxter is stuck in Boston, where she has a vision that something bad will happen to Cody. After warning him, vaguely, he becomes paranoid. Meanwhile, Maddie tries to get London into wearing Raven's dress, but London is too stuck up to do so, until pop star Hannah Montana arrives at the Tipton, and wants to wear the dress herself. The crossover starts on That's So Raven S04E11 Checkin' Out (I). It continues on Hannah Montana S01E12 On the Road Again (III)