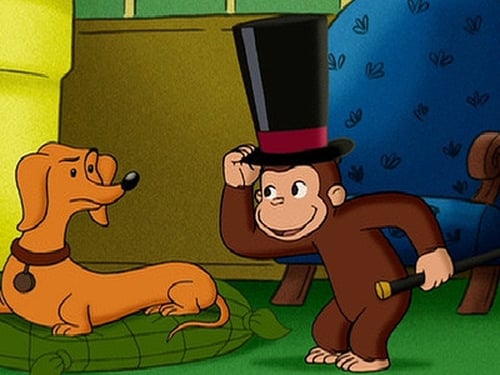 George tries to find a hat that is as much fun as the Yellow Hat, and ends up creating a hat with blow up animals, frisbees, pictures of dachshunds, a rotating fish, bubble blower, and a raisin dispenser. But the Man accidentally wears it to a convention and George has to deliver the yellow hat! When Bill tells George it was a possum that ate the bird food from the bird feeder, George stays up to see what a possum looks like. But then he notices that it has lost its family, so he looks and finds it. Along the way he meets more nocturnal animals and makes almost everyone in the country think he is "The Lake Creature of Lake Wannasink Lake".