Night of The Living Dummy III (1) 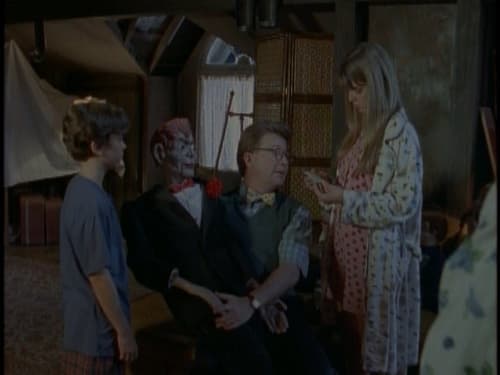 Trina and Dan love their Dad's collection of ventriloquist dummies, except for the creepy new dummy, who has a card containing a magic spell in its pocket. They're pretty mad when their visiting cousin, Zane, uses the dummies in his pranks. But one night, when their parents are out, spooky things start to happen...things that only the dummies can be doing. What weird power does the new dummy have? Is he controlling the others? And can he be stopped before he turns the three children into his dummy slaves?