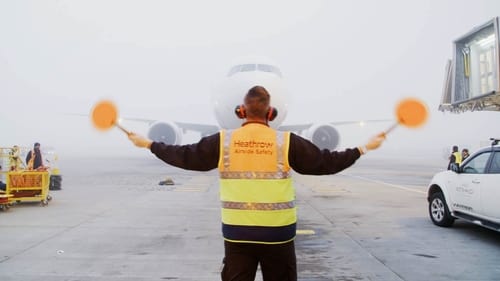 Storm Imogen causes chaos on the runways and in the terminals, with airside safety officer Simon keeping his eyes peeled for any potentially dangerous debris that could damage the landing planes. In Terminal 4, manager Sunita looks after dozens of passengers whose flight to Delhi has been cancelled, while trainee engineer Elliot prepares to get his hands dirty as he clears a blocked sewage pit - an essential part of the airport's operations that no passenger normally sees.