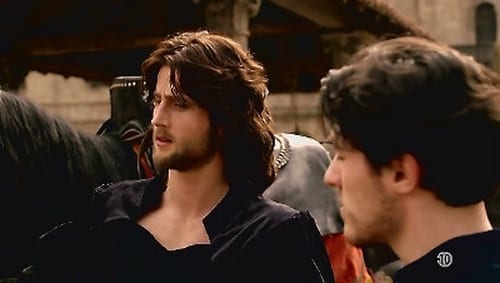 Sent by Pope Alexander VI, Cesare and Alessandro are entering in Florence. Unlike Jesus, they are not greeted by hosannas and palm leaves, but by the looks of reproach and disapproving murmurs. Under the control of Savonarola, Florence Florence libertine became austere. Later, Cesare attends Mass on Palm Sunday, celebrated by Savonarola. During the ceremony, Nicolas Machiavelli discusses Cesare hoping to join the clandestine opposition to Savonarola. Ironically, Machiavelli tends to Cesare a sling, made with palm leaves tied in a bow shape.