Old McGeorgie Had a Farm 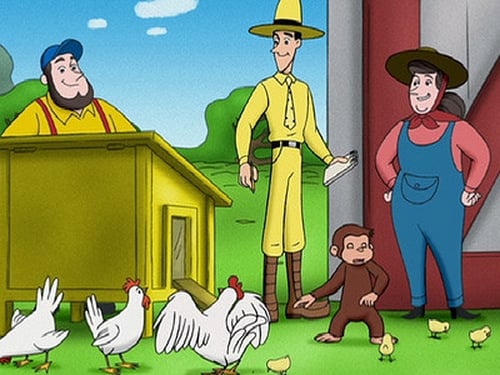 George and The Man With the Yellow Hat travel on a boat with Professor Wiseman as well as Professor Pizza and Professor Einstein to retrieve a weather satellite that has fallen from space into the ocean. The only problem is that the satellite has fallen into the middle of a coral reef which is very brittle, so George dives down to retrieve it himself. George wins a contest to be a conductor in the symphony orchestra when they preform in the park. So he is taught how to read music and conduct an orchestra and is ready to conduct in the park until Charkie mistakes his baton for her toy. Mr. Rankins is going with his pig, Oscar to a contest and has nobody to watch the farm in his absence. So, George and The Man With The Yellow Hat volunteer. But after George accidentally deactivates the Man's alarm clock, he has to take care of the farm himself and he learns just how hard farm work really is.