The Voice of Darkness 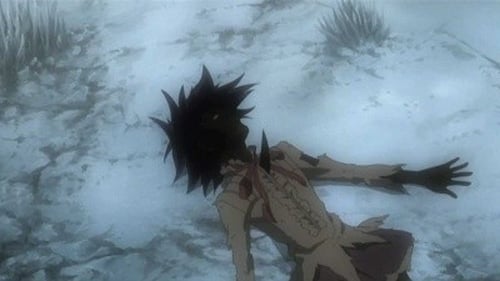 In Road's dream world, Lavi cuts down his comrades as he tries to ignore their pleads. But he is defeated by his illusionary friends. Road reveals Lavi was never injured, but went into shock because he believed his friends stabbed him. She releases Lavi, now controlled by his bookman heart, and orders Allen to kill him, or Lenalee and Chaoji will die by her candles. But Allen refuses and instead stabs Road. But she is uninjured as it is not her true body. Allen is engulfed in flames, but realizes that the heat is not effecting him. The candles surrounding Lenalee and Chaoji begin to melt instead. Back in control of his body, Lavi burns himself and engulfs Road in flame. She still seems uninjured however, until a blade pierces her body. Back in the dream world, Lavi realizes that Allen is the true Road, and succeeds in damaging her.