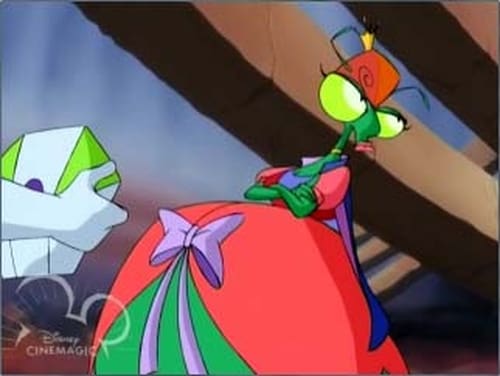 Star Command receives a distress call, and the instructions on how to build a device that will teleport one to where the call is coming from. Buzz is sent; he is met by the insectoid Professor Samsa who informs him that his race's queen is in trouble, and that his entire race is also threatened by some large, powerful race that is attempting to wipe them out. The rest of Team Lightyear is sent to help w/ insect extermination at Cosmo's Diner. It turns out that the insects that are plaguing Cosmo's are the race that contacted Buzz (the device not only teleported Buzz, but also shrunk him). The biggest threat (and the major reason that Buzz is unable to contact Team Lightyear right away) is a Remote Disposal Unit that Cosmo is using to clean up the ""bugs"".