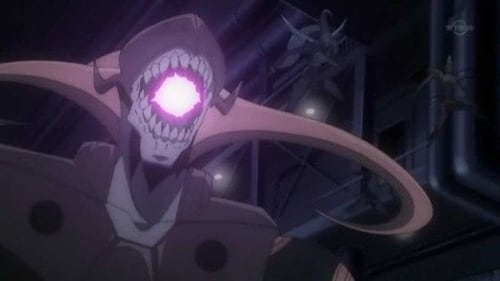 Howard Link confronts Allen in the cafeteria, while notifying him that he will be under surveillance. After hearing Howard talk to Allen, Lenalee talks to her brother to understand the meaning of this. She comes in contact with Inspector Malcolm C. and remembers her past, when she was traumatized by him. Eventually, Allen learns that he is suspected of being related to the "Fourteenth". Later on, it is discovered that the science department of the Order somehow removed the Akuma "egg" from the ark to study it. The heads of the Asian branch come in and said they would help with the study of the egg as well, but they were rejected. Thus, Johnny was stabbed by the Noah Lulubell, who was in disguise, while hundreds of Akuma appear behind her.