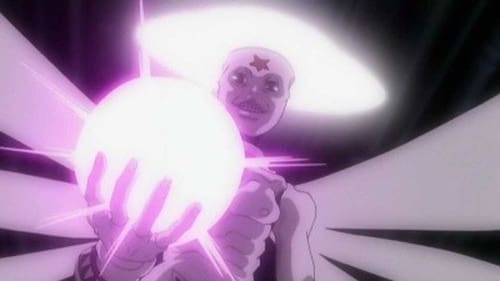 The Exorcists defeat all but one Combined akuma. However, when Lulubell came back for the Egg, she transformed into a liquid form and the Generals were unable to damage her. Lulubell trapped Miranda inside her liquid form and escaped with the Egg. The Generals use their Anti-akuma weapons to fire at Lulubell, despite Miranda being inside her. However, Miranda is protected by Allen, so she was not harmed. Meanwhile, Johnny went looking for Tapp. However, Tapp was already a Skull and thought of Johnny as an enemy. Johnny is then swallowed up by the only remaining alive Combined akuma. And Allen heard someone laughing, foreshadowing that a Level 4 is coming.