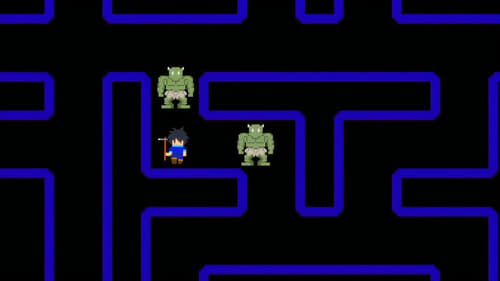 Jiffon Island has taken severe damage from a series of natural disasters. Some of the survivors have taken shelter in the castle. The Orc Queen, after barely surviving the battle, reaches the boat that was carrying the human children to safety. Giving up hope for the island as it's ravaged by one disaster after another, she tries to escape to a new land with the orc children, but finds herself facing Shindou and the other human fighters first.