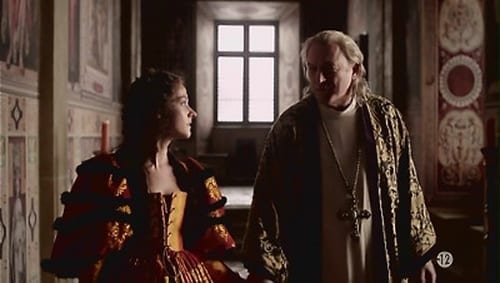 In the vineyards of the Palazzo dei Santi Apostoli, Cardinal Giuliano della Rovere selects grapes for the blessing of first fruits. He is assisted by Cardinal Raffaele Riario Sansoni, more concerned with political cases. Released from his vows of Cardinal Cesare is of golden armor that belonged to his late brother Juan. Thus dressed, he poses as a king on the papal throne, having finally materialized all its own idea of "ascension" to heaven.