Curious George and the Trash 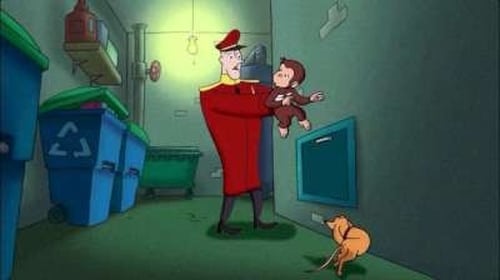 The Man in the yellow hat is trying to get ready for his photo on his new licence but when George tries to help, the ensuing chaos ruins the Man's hat! The hat is cleaned and restored like new and the Man puts it on the kitchen counter right next to an identical looking box of trash. In a rush, George accidentally throws out the box with the hat and must go on a city-wide spree to find it. Unfortunately it seems like every trash can and dumpster in the city George finds has already been emptied by the garbage truck. George finds some disposed items at Pisghetti's restaurant but Chef Pisghetti tells him that it is not trash, it is recycling. He tells George to go look for the hat in the landfill.