Enemy Without a Face 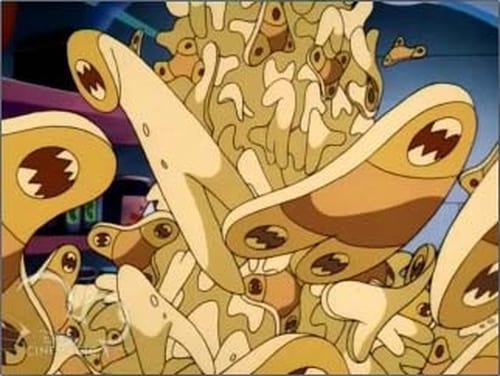 Team Lightyear get separated and meet up with the last Beletor and the last Krnozian, who're warring over possession of their home planet. It turns out that they're actually of the same race, but small leech-like critters had attached themselves to the backs of their necks and caused them to act violent (violent thought is what the critter feeds off of). In attempting to return the critters to Star Command for further study, they escape, reproduce, and attach themselves to Team Lightyears' necks. Upon arrival, they spill loose and ravage Star Command. Cold air stuns the critters, so XR turns the air conditioning to freezing, thus solving the problem.