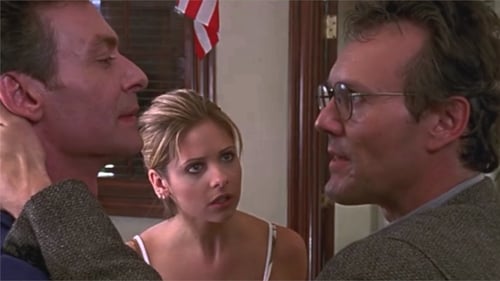 The secrets of Giles' unnatural past as a wild teenager are revealed when an old friend of his comes to warn him that a demon that they both summoned has returned. As a young man, Giles turned in his Watcher studies in favour of dabbling in witchcraft and the occult with his old buddy Ethan Rayne and several others. They discovered Eyghon The Sleepwalker and summoned him while one went into a deep sleep. Unfortunately, Eyghon gained power by this and killed them all one by one over the years by possessing a dead or unconscious person and is now after the last two members, Giles and Ethan.