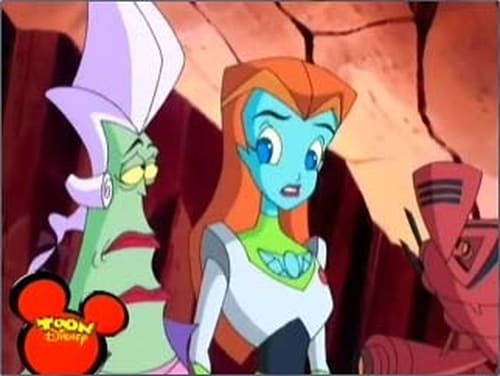 Mira is assigned to accompany the Galactic President and Smoltz (one of her advisors, and of the same race as the President) to a conference. Mid-trip, they're attacked by Zurg and forced to make a crash-landing on Karn. Forced to maintain radio silence, to prevent Zurg from tracking them, they attempt to prevent being eaten, mauled, and otherwise laid low by the various Karnian beasties. Not only is Zurg scouring the face of Karn looking for them, but so is the rest of Team Lightyear (aided by Dr. Furbanna). Eventually, it is disclosed that Smoltz is actually a turn-coat, working with Zurg to try to capture the President (he helped to choose Mira for the mission, thinking that she'd be the easiest to wrangle). With a bit of lucky assistance from a mother Narlzak and her young (...large tunneling Karnian beasts, resembling a cross between a mealworm and a Dune Sandworm...), manage to save Mira and the President from Zurg's plans.