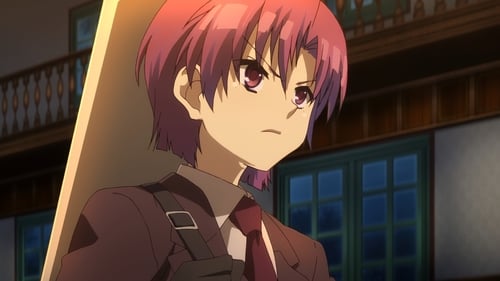 Irisviel has Rin and Luvia sneak her into Illya's school to observe her during classes, later asking them to leave Illya and Kuro to their normal lives. Later that day, as Rin observes a change in the ley lines and Miyu is sent on an errand, a mysterious woman named Bazett Fraga McRemitz appears before Luvia, demanding she hand over the Class Cards. As Luvia and her butler, Auguste, battle against Bazett, Rin tries to find the opportunity to launch a sneak attack, but both their attacks fail, as Bazett prepares to make a move against Illya and Kuro.