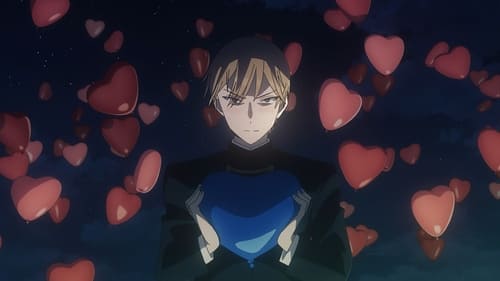 Shroud in a cape and dressed in the guise of the phantom thief Arsène, Shirogane waited for Kaguya's arrival atop the clock tower roof overlooking Shuchiin. When asked why he would do such a thing, Shirogane answered that there was something he wanted to show Kaguya. The festival's afterparty has already begun as the sun set over this school and the students could be seen encircling and enjoying the bonfire. While the emotions that could not be expressed with words mingled between Shirogane and Kaguya's hearts... Shirogane carried out his ultra-romantic operation!!