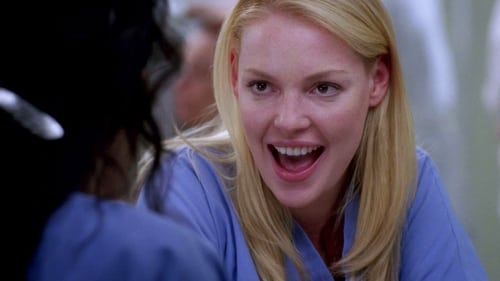 The race between the attending physicians for the Chief of Surgery position heats up after a new competitor enters the fray. They soon realize that the new surgeon, Colin Marlow, was Cristina's professor in medical school and they used to have a long-term relationship. He begins to lie to Burke in order to protect her secret, but is soon faced with the realization that their relationship is on the rocks. George finds out that Callie's family is rich, but she had previously hidden the fact in order to find out whether George loves her for who she really is. Derek treats his former colleague from New York, and forces her to have surgery for brain cancer in order to save her future, no matter what the post-surgery risks are. Alex continues to work with Jane Doe, whose memory doesn't seem to come back. He moves in with Meredith and they have a dinner with her father and stepmother. She seems to connect with Susan, but her relationship with Thatcher seems to be irreparable. Izzie wakes up, realizing that she has slept with George while they were both drunk.