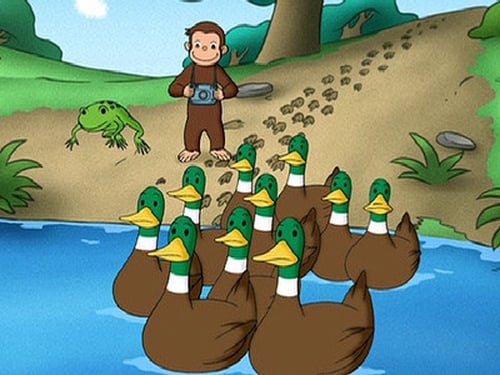 It's Nature Week and George is taking pictures for a big exhibit,and when looking for a fawn that Bill saw,he sees other ordinary animals such as raccoons,squirrels,and bullfrogs,but he also sees footprints that are a cross between a colossal snake,he decides that there is a duck-billed dinosaur on the loose so he decides to lure it by using fruits and vegetables,and he finds new things and clues along the way.The footprints turned out to be made from something far different from a dinosaur!