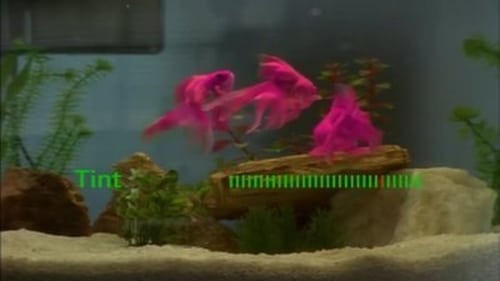 Seth is interested to see the catalog-ordered Verona XG-20 remote he just got appears to be universal - it works on the stereo as well as the TV. But he's even more amazed when, turning it on "PAUSE" on his younger sister Jamie as a joke really does stop her tap-dancing! He's then informed by the still-playing tape that came with the remote by Tony Huband that "It's not a toy!" Eager to see what else it can do, he continues testing it: changing the color of his fish, rewinding/fast-forwarding passerby, hitting channel change so the school bully transforms into something more benign. But soon he goes on to bigger things, like pausing his teacher to cheat on tests, or his family when they want him to give the remote to Janie, despite his best friend's opposition. After all, none of Tony's phone-recorded warnings mean anything. Right?