3x8 - The New Adventures of Winnie the Pooh 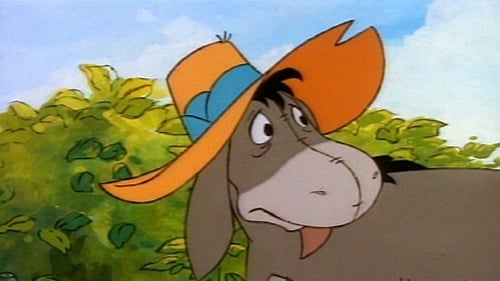 Eeyore agrees to help Rabbit plant a seed near Eeyore's house. But Eeyore thinks that his seed will not grow, so Pooh and Tigger disguise Piglet as a flower and leave him near Eeyore's house overnight. When Rabbit thinks Eeyore is a better gardener than him because of the disguised Piglet, Rabbit gives up his property to Eeyore and lives in Eeyore's house. However, Eeyore is an inexperienced gardener and soon messes up Rabbit's garden.