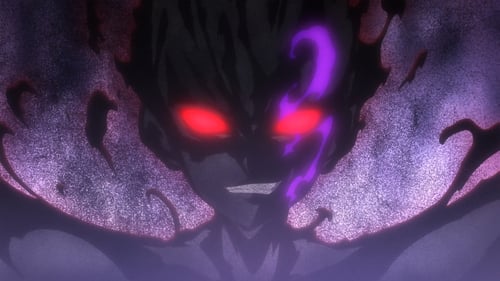 Luvia collapses the ceiling onto the enemy so that everyone can escape, but it transforms itself into a craft that starts heading towards the city. Just then, the girls are approached by Caren, revealed to be an observer for the Holy Church, who had placed a bound field around the city to keep anyone from seeing anything, giving the girls an opportunity to rest. As Caren theorises that the creature is targeting the Holy Grail, with Kuro deducing it relates to a different Holy Grail War entirely, the enemy starts heading towards Mt. Enzou, where it uncovers a magic circle. While trying to push them out of it, Illya pushes out a human boy that was inside it.