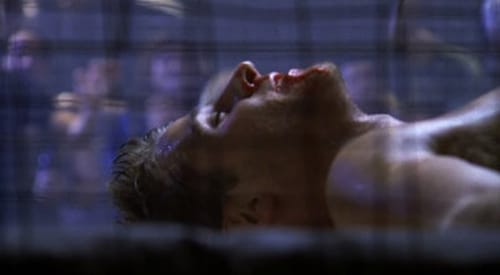 Seth works at a comic book store in Newport. Kirsten drops by the store to ask Seth if he has something to send Ryan in a "care package" she is preparing. Later, Seth tries to talk Ryan into coming to dinner at the Cohens' but the latter isn't easily persuaded, saying he works nights, etc. At her dorm, Summer and a friend named Che try to rally students for a protest. Summer gets a phone call from Taylor who seems to be in Paris.