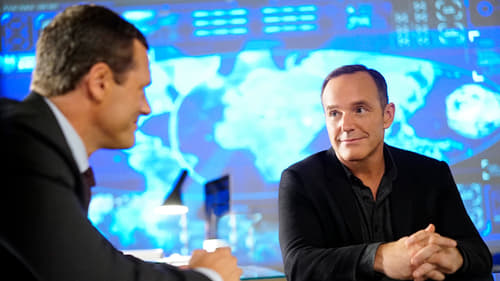 Following Coulson's stepping down as Director, Jeffrey Mace is made the new Director of S.H.I.E.L.D. and it's public face. Daisy meets with Robbie at his place of work, saying she knows about his history but is surprised to find he isn't Inhuman like her. May's exposure from the specter last episode gets out of hand where Mace, revealing he's a super strong Inhuman, knocks her out and sends her to an undisclosed location. Mack & Fitz investigate the specter and encounter Ghost Rider. Meanwhile, the specter who infected May releases her compatriots who were in similar containers for years due to using the "Darkhold".