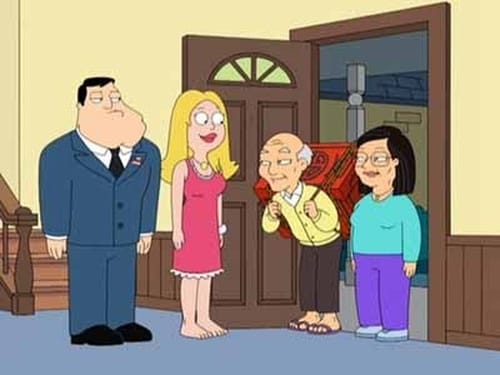 When Francine's adopted parents stop by for an unannounced stay, Stan is furious that they refuse to assimilate to his "man of the house" ways. After he unsuccessfully tries to give them the boot, he is convinced that finding Francine's birth parents will change things. Meanwhile, Steve tries to live to the extreme in order to get to second base with the class hottie.